Join us in creating a world where anyone can learn to code.

We are the CodeBerry Team, and we’re building the largest online coding school in the world.

Our team of experienced educators has helped 100,000+ people begin their coding journey. Representing 18 different countries, they work around the clock—and from around the globe—to make learning programming fun.

Learn more about the team 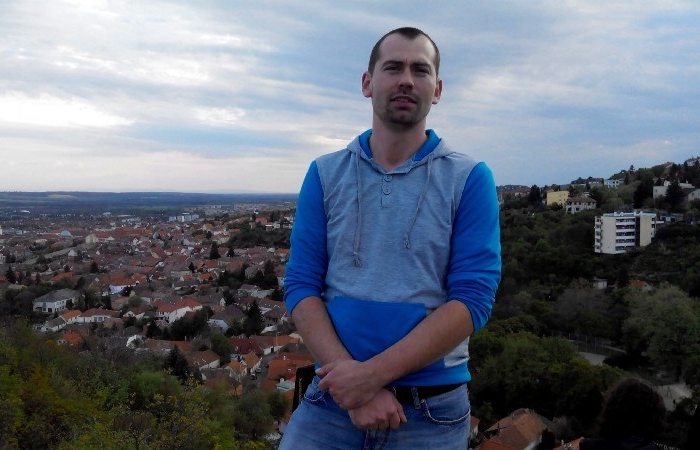 Becoming a frontend developer from a bakery - Student story 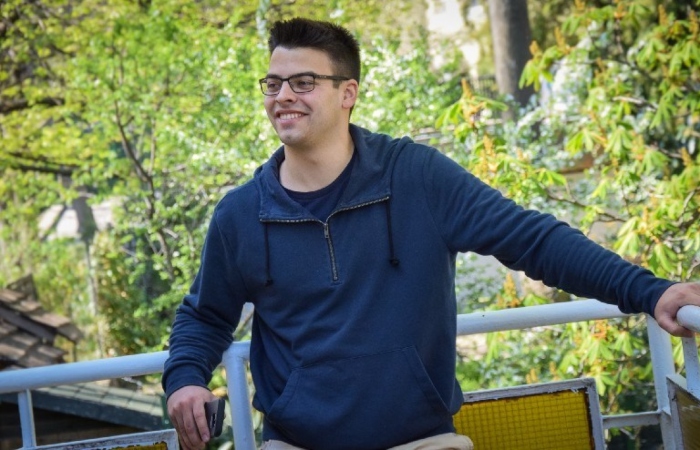 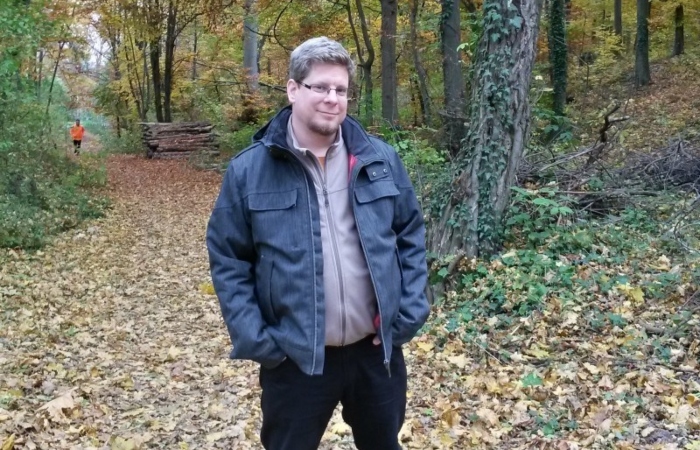 I needed some peace and quiet - Student story

Peter Balogh, a successful Hungarian entrepreneur joined us as an advisor

First customer who learns in another language The challengers were selected by Res Publica, Google, Visegrad Fund and the Financial Times The team is extremely smart

and they apply lean startup principles very well. I also like that they are addressing one of the biggest challenges of our century and can already show good traction with paying customers after such a short time.

There are so many assignments,

and I really like that they give you a frame done by them so you can check if your solution is correct, and you can also “hand in” your solutions. I have improved a lot, and there is always someone to help me if I get stuck.

I have to admit,

looks are important for me when surfing the internet, and the site excels at this. The student community is the cherry on top of the cake. The light and fun style of the curriculum and the diversity of the assignments definitely glue students to the screen; my only regret is that I didn’t find this website sooner!

We can learn anytime and anywhere;

in the comfort of our homes or even at work if we have some free time. We can see the result of our work instantly after completing an assignment, which makes studying a lot of fun and gives a sense of achievement that motivates us to continue and make our code even better.”

How would you describe CodeBerry, in one sentence?

CodeBerry is an online coding school where you can learn web development in your own language on your own time, seek help from dedicated mentors and an active community, and find the skills and resources you need to get your first coder job.

What makes CodeBerry stand out among other, similar coding schools?

CodeBerry stands out among the competition for three reasons: our content, our pricing, and our unique ability to offer our courses in 8 different languages—not just in English.

Our training material is fun, interactive, and allows students to learn at their own pace. They also don’t need to know anything about programming to enroll.

Thanks to our low monthly subscription, students don’t have to pay a large sum upfront like they would at a university or coding bootcamp.

However, what truly makes CodeBerry different is that our students are able to learn coding in their own native language, while other schools require their students to know English.

How did CodeBerry Programming School come into being?

Before CodeBerry, the founders had previously worked together on non-profit projects related to education, such as Year Compass (http://yearcompass.com) and Invisible University (http://lathatatlanegyetem.hu, website is in Hungarian).

Through working together and participating in brainstorming sessions, the founders began to identify barriers to entry in traditional education that prevented many from pursuing their dream of getting an education in programming.

Studying programming at a traditional university is not only expensive but also fails to provide you with hands-on experience and the necessary skills to get a job. Also, classes are generally taught in English, which excludes those who either don’t speak English or prefer to learn in their own language.

These discoveries led the founders to search for an alternative that could be made available to everyone—regardless of their financial, educational, or cultural background.

After much research, the founder team decided to turn their dream into reality. In February 2016, they created a prototype, which they later turned into a fully functional service.

Where did you get the idea to offer scholarships and why is it so important?

Upon finishing CodeBerry’s 15 free lessons, students are invited to fill out a survey so that we can get to know them better and understand their needs.

In many cases, we found that our students wanted to learn coding, but simply couldn’t afford it. In response, we searched for a solution to make our classes more accessible and inclusive to all—even to those who couldn’t afford the full price.

After just a couple of days of brainstorming, we launched our 6-month scholarship program.

What factors do you consider when deciding who gets a scholarship?

When we award scholarships to our students, we consider two major factors: their financial situation and a clearly expressed goal. This helps us identify students that are passionate about programming and wouldn’t be able to pursue their dreams otherwise, due to their economic background.

Where is CodeBerry HQ located?

CodeBerry doesn’t have a physical office; everyone in the company works remotely.

Just like our students, CodeBerry employees are scattered across the globe and work through a virtual workplace. 7 of our colleagues work full-time, while 50+ work part-time in about 15 countries around the globe.

This incredible diversity allows us to draw from a variety of different perspectives and understand our students on a deeper level. In other words, our company structure reflects the international nature of our users in a way that many other schools don’t.

What kind of training does CodeBerry offer? What do students learn in the course?

The material helps our students get familiar with the basics of web development. We teach in an easy and fun way, currently focusing on HTML, CSS, JavaScript, git, Bootstrap, and Node.js.

How long is the course?

Our subscribers have access to ~120 hours worth of interactive online training material.

What is unique about the course?

Students can study at their own pace and receive personal support from an active student community and dedicated mentors.

What do students love most about CodeBerry?

What our students love most about our course is that materials are easy to understand and hands-on. We have hundreds of lessons, each to be completed in a few minutes only. At the end of each, you solve a practical task to move on to the next lesson. This gives students a sense of “I’ve tried it, it works, I know it”, instead of a passive (and often misleading) feeling of “I’ve heard it, I understand it.“

What are you most proud of?

We are proud to announce that our material is currently available in several languages: Hungarian, English, Polish, Romanian, Indonesian, Vietnamese, Spanish and Brazilian Portuguese.

Quality programming materials are usually only available in English. While most of our students speak some English, they strongly prefer to study in their own language.

CodeBerry Career Counselors help students get a job once they’ve finished the course by helping them improve their LinkedIn profile, build their CV and portfolio, practice for job interviews, and connecting them with local companies.

CodeBerry also works with a number of partner companies that help students get plugged into a job upon graduation.

How successful are your students at finding a job?

Many of our alumni find traditional web developer jobs, such as sitebuilder or junior front-end developer upon graduation (read their stories on our blog). Others use their newly acquired skills to build their own companies/enterprises. There are also some who just learn programming as a hobby.

Do you get any feedback from the companies they work at? Do they fit in? Are employers satisfied with their knowledge and performance?

Our students who work as web developers tend to report that they like their job and that they feel comfortable in their position. Employers often tell us that our students fit right in and they are greatly appreciated. We also have partner companies that continue to come back to us after employing a graduate, looking to hire more.

Over the past two years, we have helped more than 60,000 people enter the world of programming. Based upon these numbers, we would have to say that there is substantial interest.

What background do your students have?

Our diverse clientele ranges from the 12-year-old student to grandparents over 70.

Many see programming as an opportunity to change their professions—to do more creative work for a better salary.

Beyond these characteristics, our students all have incredibly diverse backgrounds.

How do you select applicants and what skills do they need to have?

Due to our conviction that everyone should be able to obtain a programming education, we decided to eliminate any type of previous requirements.

Anyone can join our school; there is no selection process.

How was business last year?

Our revenue has grown by 300% since our previous (first) year. The recurring revenue of the company is growing by over 10% every month. In addition to the 4 founders, we have 3 full-time and around 50 part-time colleagues.

Did you get or are you planning to get capital injection(s)?

In May 2018, we got a follow-on investment of €230,000, co-financed by Speedinvest and BaConsult Incubator, a Budapest-focused angel investment team.

Due to the labor shortage in the IT sector, there are more and more programming schools on the market. How can online courses keep up with them?

Traditional (offline) coding schools usually select the best 15–30 out of hundreds or even thousands of applicants. They then enroll in a very intensive course, usually studying full-time for months. Their business model is to train programmers who will work as coders after the course.

This model, by its very nature, is exclusionary and can turn potential learners away due to their financial and educational backgrounds. Students who work full-time jobs to support themselves and their families are often unable to attend traditional courses, as well.

Our vision for CodeBerry is to provide absolutely everyone with the opportunity to pursue an education in coding—regardless of their background. We believe that no one should be denied an education because of who they are or where they come from.

Over the last two years, more than 60,000 people began their education in programming at CodeBerry Programming School. Most students study in the evenings after work or on weekends. Many aim for a coder job (see some success stories on our blog), but many just look for a hobby or have other goals with programming.

We see this as proof that CodeBerry is addressing an unmet need in the realm of education and that our school is able to reach those who otherwise wouldn’t have the opportunity to learn to code.

You won the EU Top 50 Startups award. What is it, and why is it important for the company? What does this recognition mean to you?

It was an incredible time for us; we received 3 different awards within a week. A panel representing Google, the Financial Times and the V4 included our founders in the “New Europe 100” list.

We held a presentation in the European Parliament thanks to the “EU Top 50 Startup” award. We also got incubated by SekLab, a Madrid-based EdTech Accelerator association.

We were thrilled to get all these awards. We could show them off to our parents (who still have a hard time understanding what exactly it is we do), saying “Look, we are in the Financial Times!”. 😊 We also see these awards as an affirmation that our cause matters.

What are CodeBerry's plans for the future?

We seek to continue providing quality education to as many students as we can. We aim to accomplish this by expanding to as many countries as possible and by extending our curriculum to cover even more topics.

We also plan to build more partnerships with local companies & developer houses, who employ remote workers, to provide our students with even more job opportunities upon graduation.